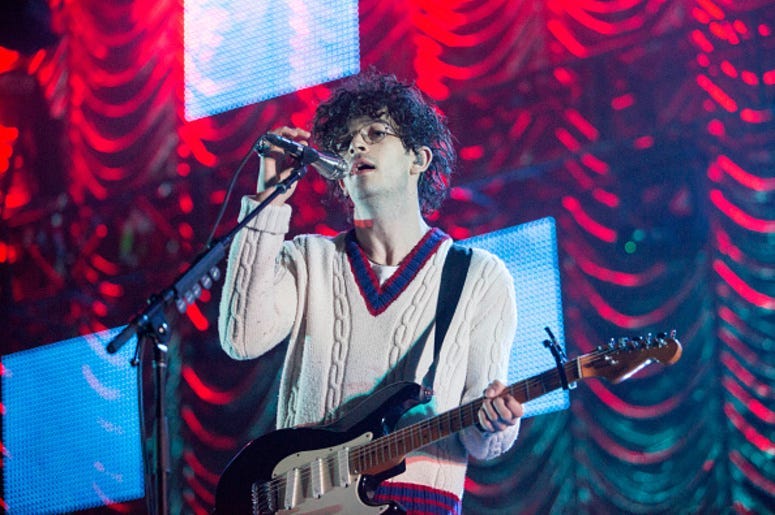 Brian Eno has influenced many musicians over the years, but it seems band in particular has caught the attention of the music icon. Recently, members of The 1975 got the chance to meet Eno, and it led to a budding relationship, according to the band’s manager. It has even led to Eno exchanging ideas with the group.

Might a @The1975 and @BrianEno collaboration emerge in the future? https://t.co/f80MI3sAsf

The 1975 frontman, Matty Healy, along with drummer George Daniel, recently got the chance to meet Brian Eno, during a meeting at “his little workspace, studio, library,” according to the band’s manager Jamie Oborne. “What an incredible human, gracious, accommodating, he made us feel so welcome. We’ve emailed a couple of times since. He’s a massive influence on the band and he’s keen to exchange ideas with them,” said Oborne.

While he didn’t say anything about any future collaborations between the band and Eno being in the works, many fans are hoping something comes in the near future. For now, the influence and exchanging of ideas will have to be enough. At least fans know future work is in good hands.