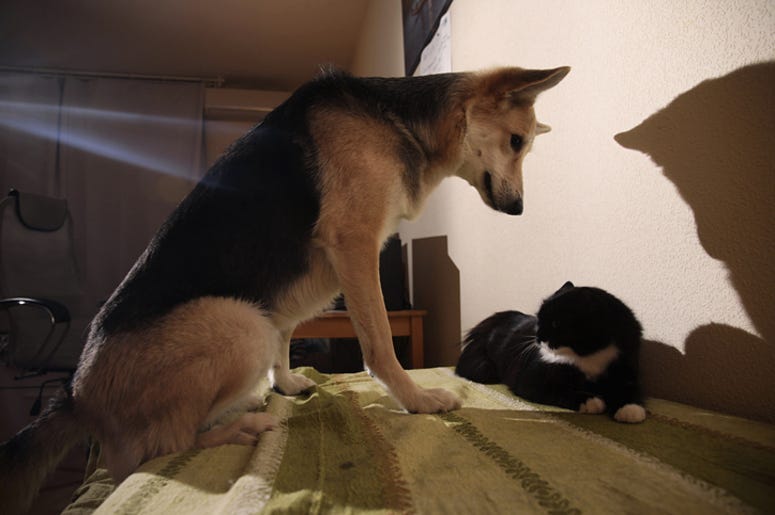 Embarrassing moments are bad enough when only a few people see them, but with almost everyone having access to a camera and the internet, those embarrassing moments are only one click away from lasting a lifetime. While those moments may haunt the people involved, sometimes it’s worth the sacrifice to entertain everyone else. In the latest example of an embarrassing moment going viral, a man was recently knocked out by a cat falling from the sky, and luckily surveillance cameras caught the strange incident.

A man in China was recently discharged from the hospital after spending 23 days there due to injuries caused by getting knocked out by a cat falling from the sky. As seen in the now viral video, the cat seemingly fell from a high rise building, directly on the man’s head, leaving him lying on the ground unconscious. The cat darted away, but luckily the man’s dog chased after it, eventually cornering the feline.

Making the video eve stranger, the man’s dog was wearing protective footwear on its paws. The cat reportedly belonged to the man’s neighbor and the two families are reportedly working out a compensation plan. As for the animals, the dog made sure the cat knew not to mess with its owner again.