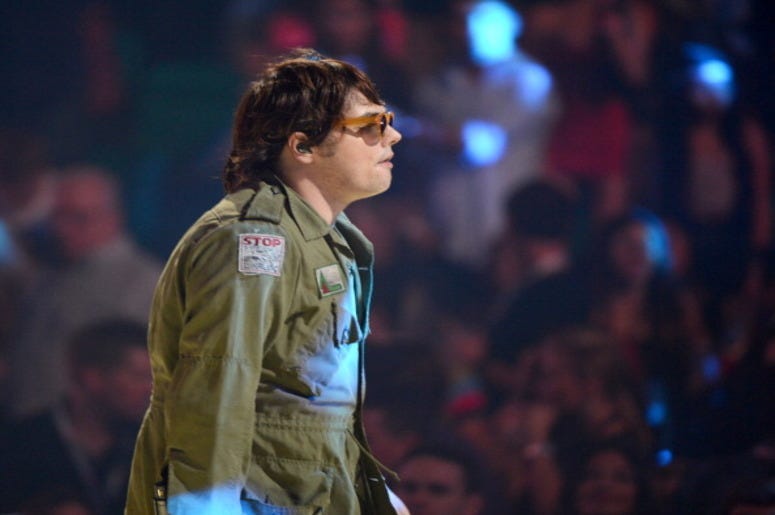 With My Chemical Romance reuniting back in 2019, fans have been given plenty of new content from the band, and luckily it doesn’t seem to be stopping anytime soon. Over the weekend, frontman Gerard Way shares a collection of previously unreleased My Chemical Romance Songs. The collection is titled ‘Distraction Or Despair,’ and includes a photo from Way’s recent trip to the ear, nose and throat doctor.

Some of the songs included in the recently released collection were planned to be released as singles, according to Way. “Hey all, with all this uncertainty I just wanted to start uploading some unreleased stuff. Just so people can check it out and have something to listen to. Just felt like sharing,” the frontman wrote in his Facebook post. The post included a link to donate to the COVID-19 Relief Fund, as well.

Based on his post, it seems Gerard Way may be planning to release more My Chemical Romance music while touring around the country is put on hiatus. It is unknown when more music may be coming, but with many fans stuck at home, any new music is welcomed.