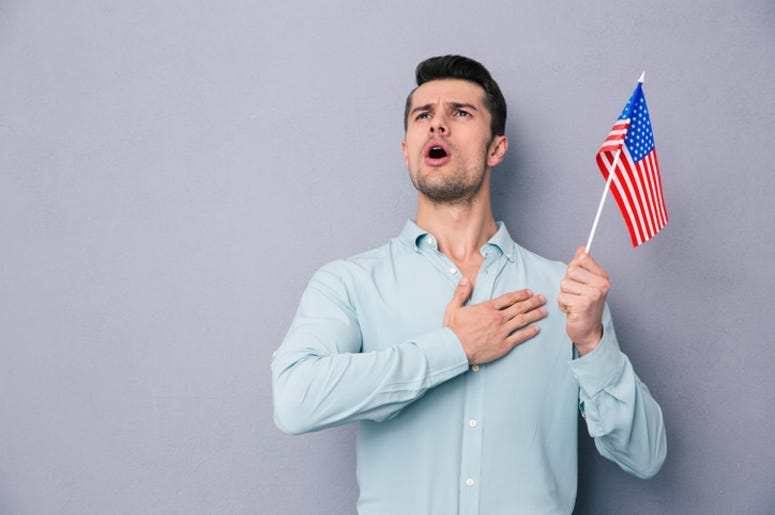 The current United States national anthem has been in place since 1931, but some feel it may be time for a change. With protests occurring around the country, a group of activists have come forward to suggest the ‘Star-Spangled Banner’ be replaced. While some online gave their own suggestions, the group has suggested John Lennon’s ‘Imagine’ become the new national anthem.

As a number of companies rethink their branding, amid protests throughout the country, historian Daniel E. Walker, author Kevin Powell and others say it’s time to “rethink” the country’s anthem, written by Francis Scott Key in 1814. Many have pointed to Key’s ownership of slaves as reason for change, and the group of activists have given reason as to why the song should be replaced with John Lennon’s ‘Imagine.’ “[It’s> the most beautiful, unifying, all-people, all-backgrounds-together kind of song you could have,” said Powell.

Of course, not everyone was on board with changing the national anthem to ‘Imagine.” Some other songs suggested on the internet were ‘Ribs’ by Lorde or Miley Cyrus’ ‘Party in the U.S.A.’ While no changes are currently being discussed, making the national anthem a recent song could lead to some great competition in the music industry.