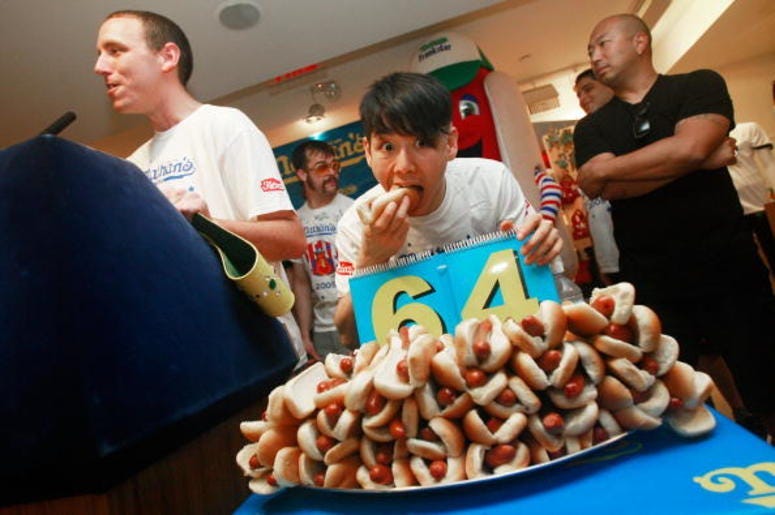 With many sporting events still on hold, there is one competition that refused to shut down this year. Nathan’s Hot Dog Eating Contest, the Coney Island Fourth of July tradition will go on this year, but with a few adjustments. The contest will be held in a private location and with no fans in attendance.

While it may seem a bit odd for the competitors, and fans watching at home, without an audience to cheer them on, the 2020 Nathan’s Hot Dog Eating Contest didn’t want to put anyone in attendance at risk. According to reports, all staffers will be wearing masks and gloves, and all eaters will be tested for COVID-19, with the private location being sanitized for safety as well.

The Nathan’s Hot Dog Eating Contest is normally held at the home of the original Nathans, Coney Island in New York, but the new location won’t be disclosed to avoid fans coming to watch. For those watching at home, reigning champion Joey Chestnut said back in April he was training as if the contest would go on. Hopefully the changes don’t throw him off his game.