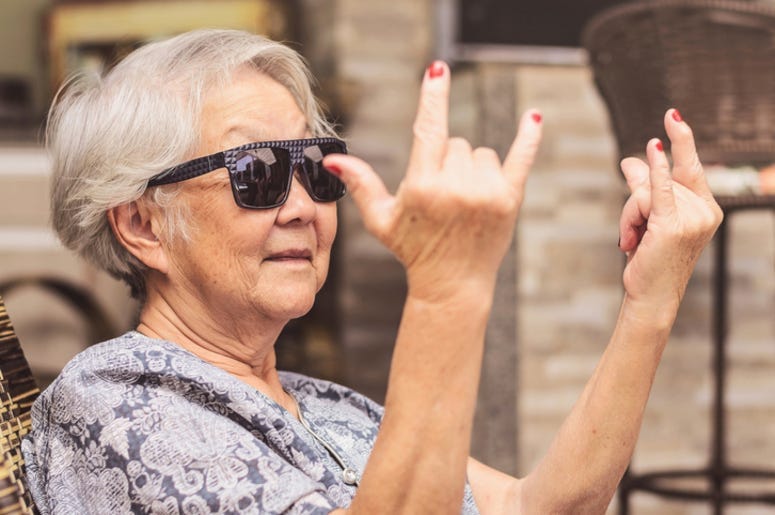 Every once in a while, a nursing home goes viral as caretakers set residents up to do something out of the ordinary. This time around, it’s a nursing home in the UK going viral, after residents recreated iconic album covers during quarantine. Some of the albums recreated include Blink 182, Madonna, David Bowie and more.

Sydmar Lodge Care Home residents and carers have been recreating classic album covers. The home has now been in lockdown for 4 months. pic.twitter.com/XS5YQ4f1Sw

Residents at the Sydmar Lodge Care Home in Edgware are getting some unexpected praise after Robert Speker, the home’s entertainment manager, encouraged them to recreate the albums and shared them online. The albums done include; Bruce Springsteen’s ‘Born In The U.S.A’, Michael Jackson’s ‘Bad’, Madonna’s ‘True Blue’, and David Bowie’s 1973 album ‘Aladdin Sane’. The more recent albums redone were Adele’s ‘21,’ Taylor Swift’s ‘1989,’ and Blink-182’s ‘Enema Of The State.’

With the nursing home on lockdown for the last four months, according to Speker’s post, residents used the activity to entertain themselves while stuck inside. Hopefully, with their new fame, they decide to recreate more album covers. The internet definitely has plenty of suggestions for them.