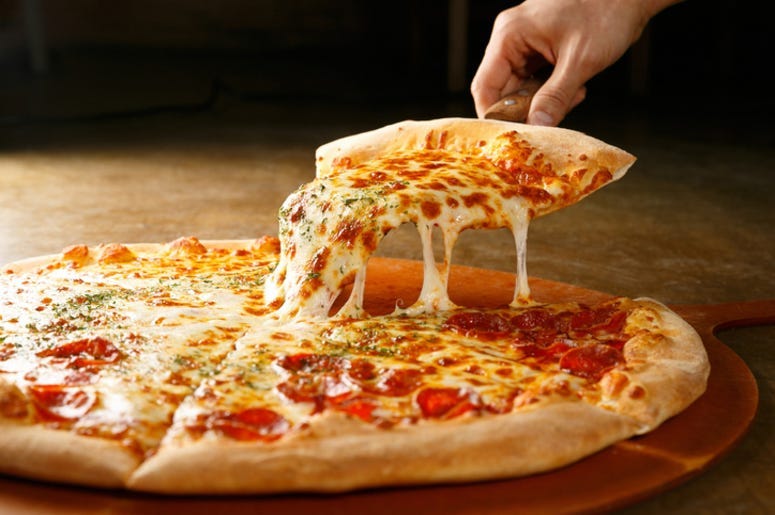 Many often see America as the land of crazy food combinations. However, the latest offering from Pizza Hut in the Philippines is giving state fairs around the United States a run for their money. Pizza Hut Philippines debut a new pizza recently that smells like beer, and is topped with fried chicken skins. Though it is only available in the Philippines, the pizza quickly went viral online.

The new Pizza Hut offering is a “Beer Pan Pizza” that comes topped with crispy chicken skin. The pizza reportedly has the aroma of beer when the box is first opened. It comes with caramelized onions, chunks of chicken, sweet Beer-BQ sauce and crispy chicken skin with beer sprinkles. The fried chicken skin comes in a separate bag in order to maintain its crispiness.

The new pizza is being promoted as coming with “no hangovers.” While it is only available in the Philippines, many online are hoping this new pizza makes it to Pizza Hut chains in their country. Americans may have a reputation for loving fried food, but this Philippines pizza definitely has people all over the world intrigued.