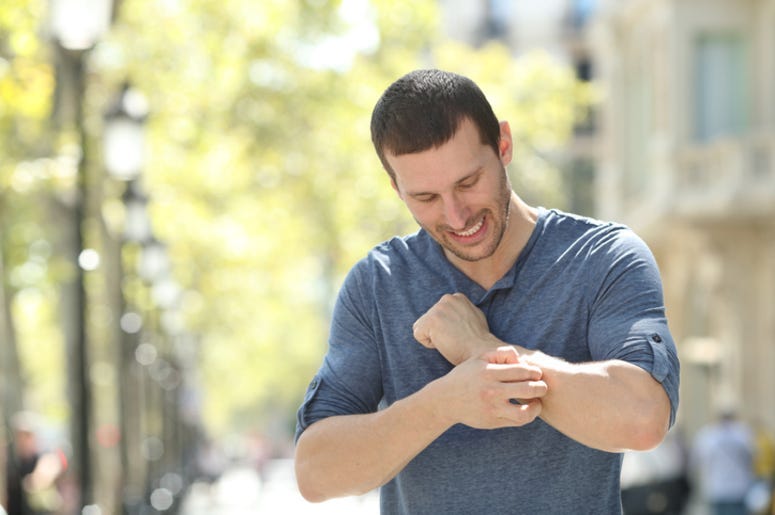 Summer may be in its final stretch, but the insects are seemingly still in full force, getting in a few more bites before the season ends. Avoiding bug bites is one of summer’s greatest struggles, yet every year it’s inevitable they will return to irritate skin. Now, a new study claims that people should rub the irritated area instead of scratching in order to achieve relief.

There are many remedies to relieve the irritation of a bug bite; however instinct seemingly always leads to people scratching at the bite. Scratching is bad for the skin and causes damage to sensitive bodily areas. Now, new research recently published by the Society for Neuroscience claims that rubbing the area actually is a better source of pain relief.

Based on the study, researchers determined that rubbing the area creates an “anti-itch pathway” within the spinal cord. This conclusion was made after a series of experiments done on mice. Scratching an itch may be one’s first instinct, but next time; go for the rubbing method instead.