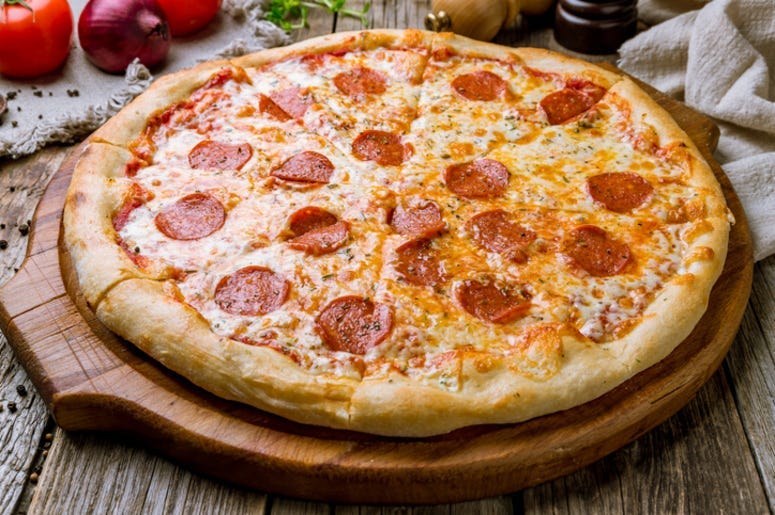 Pizza is beloved by many, but as good as it is, most stay away from eating it constantly for health reasons. However, a new study has revealed pizza may not be as bad for one’s health as previously thought. The study claims that people can eat as much pizza as they want, and not have to worry about any short term risks.

Pig out! You can eat all the pizza you want (occasionally) without damaging your health, study claims - Study Finds https://t.co/QFUiGZwNE2 pic.twitter.com/LIi28EQaE2

For most pizza lovers, eating an entire pie by themselves doesn’t seem like much of a challenge, but apparently most men aged 22-37 have the ability to eat up to two and half whole pizzas. “Our findings show that the body actually copes remarkably well when faced with a massive and sudden calorie excess. Healthy humans can eat twice as much as ‘full’ and deal effectively with this huge initial energy surplus,” said lead researcher Aaron Hengist.

According to the study, the occasional pizza binge is okay for one’s health. Eating that large of a meal may cause spikes in one’s blood sugar and blood lipids, but it isn’t that bad for a person’s immediate health. However, when it comes to long term health, people may want to stick to one pizza, instead of two.