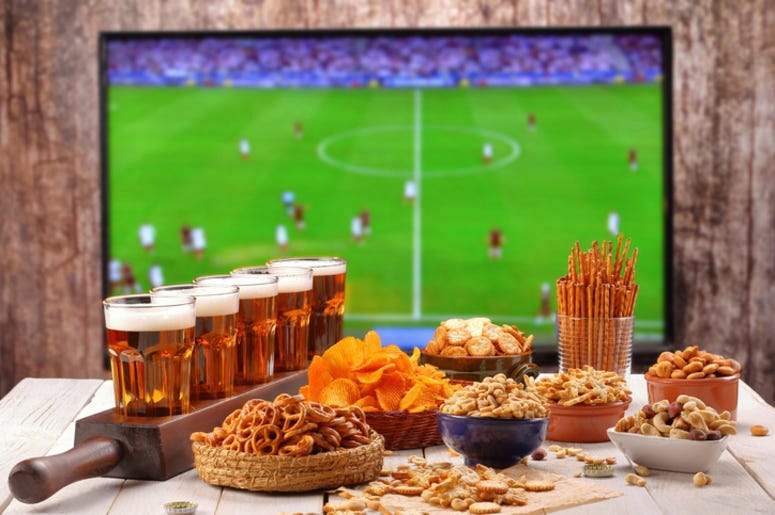 With most sporting events still on hold, and those going on doing so without fans in attendance, many are starting to miss certain aspects of the stadium experience. One of the things many sports fans are missing right now is stadium food. While not the highest quality, or most nutritious, it has become a beloved part of the experience. As a new survey shows, consuming food has become a major part of the sports viewing experience, even when watching at home.

The survey, done by The Athletic, asked participants 22 questions about their eating habits while watching sports. What they found was that food is very important during sporting events, but it also helped settle some common food debates. For instance; 44.7 percent of fans said they prefer the drumstick over flats when eating chicken wings and the preferred flavor of wings is buffalo medium at 29 percent.

Almost half of respondents said they eat 12 to 20 wings while watching football and the majority said the correct answer for amount of hot dogs to eat during Dollar Hot Dog night is three. Overall, it seems food is almost as important as what happens in the actual game.