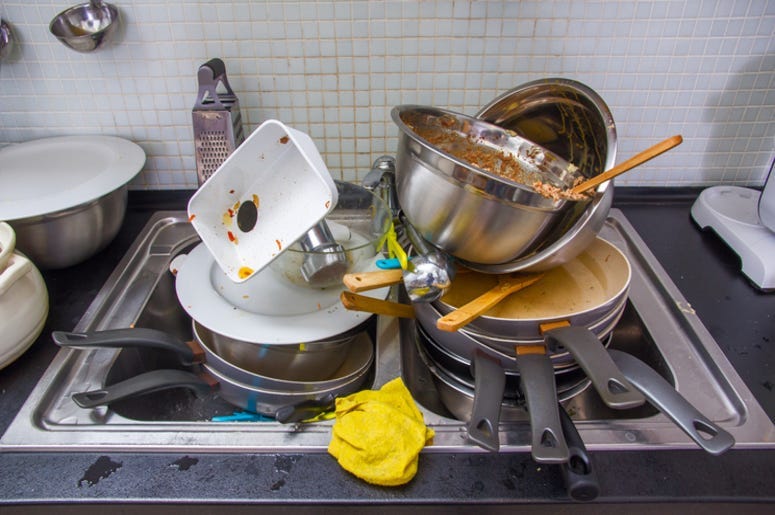 There are many reasons people living together get into fights. Regardless of their relationship status, conflicting living habits can lead to arguments between just about anyone. While most would think their fights are over serious matters, a new survey has revealed that the average household gets into 217 fights a year over dishes.

Most Americans say they're loaded with stress when they have to do this https://t.co/g5tVvy9hrP pic.twitter.com/ypKPppT1WX

The survey asked 2,000 Americans who own dishwashers about their dish cleaning habits, and what the found was that on-average people were getting into 18 dish related fights per month. There were many reasons these dish based fights were caused, but the leading response was arguing over who should empty the dishwasher, followed by fights about leaving dishes piling up in the sink.

Overall, the majority of people are stressed out while doing dishes, which could be leading to the constant fighting. 75% of respondents said they pre-soak their dishes, which somehow also leads to arguments, even though most people admit to doing so. For most, maybe investing in disposable dishes is a better option.