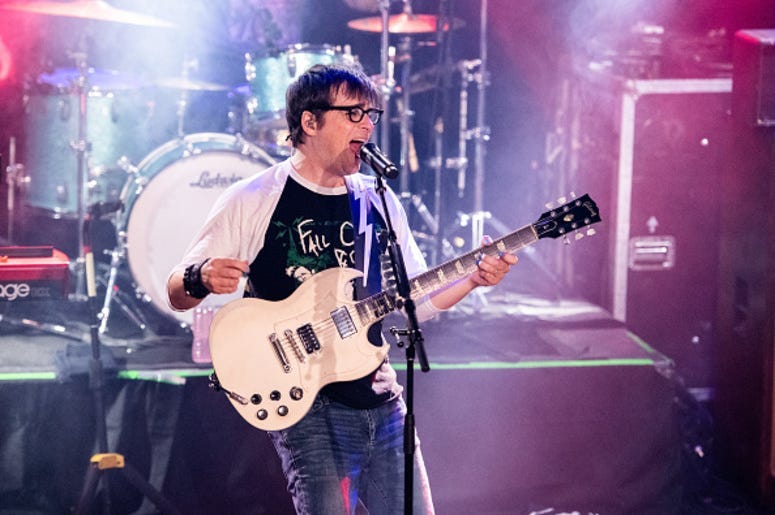 While many bands are currently on hiatus, Weezer frontman, Rivers Cuomo, has remained busy, sharing new music throughout quarantine. Through his ‘Island IN The Zoom’ series, Cuomo has given fans the chance to listen to some new music while stuck at home. In the latest edition of the series, Cuomo covered Nirvana’s ‘Heart-Shaped Box, putting his own twist on the classic song.

Released over the weekend, Cuomo’s version of the Nirvana tune is a stripped down version of the original. The Weezer frontman plays the song on piano from his home. The latest episode of ‘Island In The Zoom’ is due out May 15.

The Zoom series gives fans the opportunity to join Cuomo onscreen to watch 25 minutes of live music, after registering. Other than the music series, Weezer also debut a new song, ‘Blue Dream,’ on an episode of ‘The Simpsons’ last weekend. While many are stuck at home, Weezer is making sure they keep bringing new music to fans.