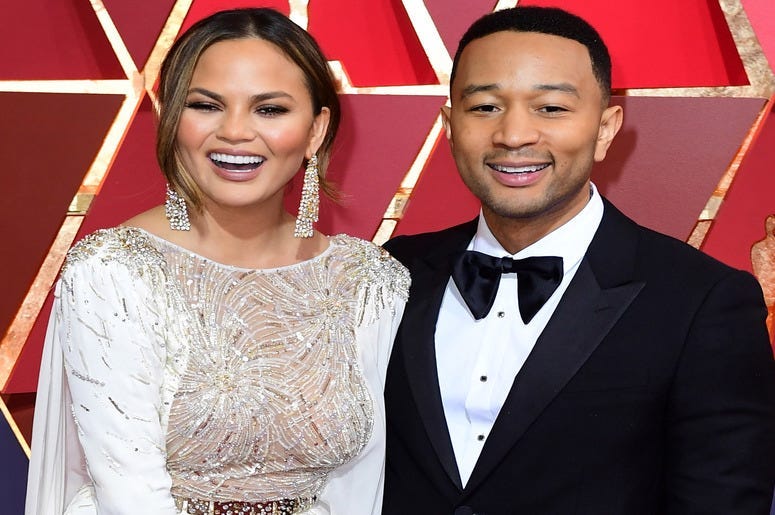 Everyone wants to start the new year off on the right foot. Whether that’s by sticking to your resolution, planning a big party for New Year’s Eve, or even getting a kiss from a special someone right as the clock hits midnight, people want to start things right as the clock hit midnight. Sadly, things don’t always go as planned, as Chrissy Teigen learned that the hard on live television.

Chrissy Teigen was hosting NBCC’s coverage of New Year’s Eve, along with SNL cast member Leslie Jones, and talk show host, Carson Daly. Just as many others did, when the clock struck midnight, Teigen went in for a New Year’s kiss. As she turned to Leslie Jones to plant one on her, the model was hit in the face by Jones’ umbrella.

This year’s New Year’s Eve ball drop in Times Square was hampered by rain and cold weather all night. While it didn’t stop the performers, or the spectators form having a good time, it did prevent Teigen from getting her New Year’s kiss. Leslie Jones, who was holding her umbrella most of the night, must have forgotten about it, as she leaned in and bumped Chrissy Teigen on the head. Of course, social media wasn’t willing to let this go.

For those of you that didn’t watch @nbc coverage of the “ball drop”...they didn’t show the ball or a countdown clock, but we did get this lovely gem of @Lesdoggg tried to take out @chrissyteigen with an umbrella. pic.twitter.com/rXo4S4tQpj

One twitter user wrote, “For those of you that didn’t watch @nbc coverage of the ‘ball drop’...they didn’t show the ball or a countdown clock, but we did get this lovely gem of @Lesdoggg tried to take out @chrissyteigen with an umbrella.” While some users felt this was the best part of the broadcast, others felt it was both the perfect way to sum up 2018, along with the perfect way to stumble into the new year. Luckily, Teigen was a good sport, laughing off the collision during the broadcast, and posting about it later on social media.

Chrissy Teigen will be okay after her hit to the face, as it didn’t seem to deter her from enjoying the rest of her night. Still, it doesn’t get much worse than going in for a New Year’s kiss, getting denied by an umbrella, and it all happening on live television. At least it can only go up from here.

sports
Multiple teams reportedly interested in Antonio Brown, including Seahawks
music
Join the Country Music Hall of Fame's 'BIG NIGHT (At the Museum)' fundraiser
sports
Marcus Stroman seems to think the Yankees need him: 'Their pitching always folds in the end'
news
These 2020-inspired Halloween decorations are perhaps the 'scariest' of all
news
3 members of same family die of COVID-19, 5 more sickened
music
Surf Mesa's Mom became a BTS fan waiting to hear him on the radio