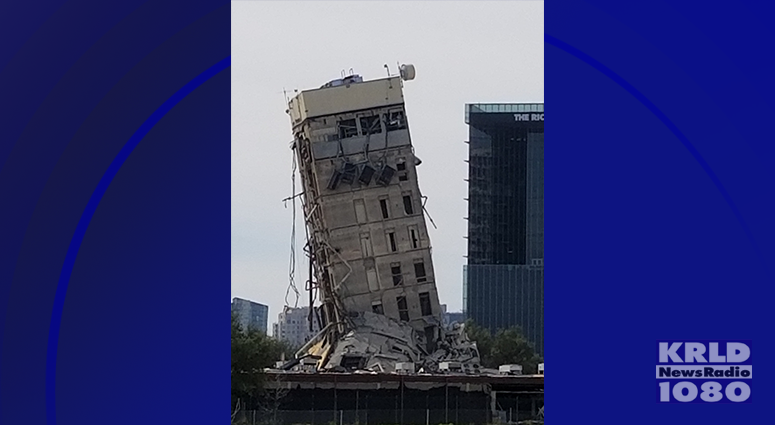 The former Affiliated Computer Services building in Dallas was set to come down Sunday to make room for a new development called The Center, a 27-acre $2.5 billion project.

At first, it appeared to be like any other building implosion until the center part of the building leaned a bit, but failed to fall!

300 pounds of dynamite failed to implode the entire building.

What was left was was the center part of the building, now being called the Leaning Tower of Dallas, 35 feet shorter and leaning 15 degrees.

Look up the hashtag for yourself (#leaningtowerofdallas) and see all the pics of people pretending to lift up or push the leaning tower.

Now the demolition company says they plan to bring in a wrecking ball to take down that part of the building.