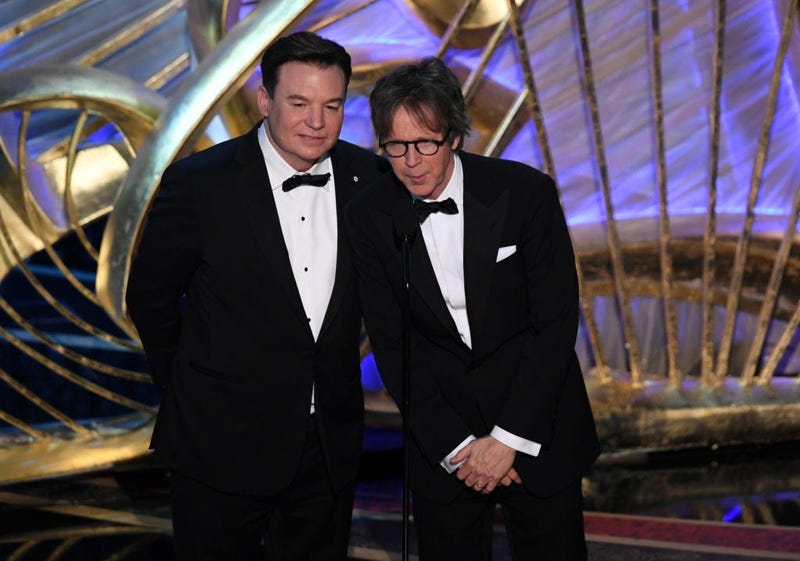 Apparently, Dana Carvey had some beef with his SNL co-star Mike Myers.

During a recent interview with Howard Stern, Carvey revealed where his impression of SNL producer Lorne Michaels came from. According to Carvey, Myers later used his impression for the character ‘Dr. Evil’ in the Austin Powers series.

Carvey says that he and Myers never really talked about the alleged theft and that he's moved on. "I talked about it to the therapist. There are a lot of moments in my life I wish I was more directly straightforward. I've basically let it go."

Back in 2013, the two buried the hatchet for a Wayne’s World reunion. Carvey still thinks the Austin Powers franchise as a whole is brilliant, "I have to say that the construct of Austin Powers was brilliant."

Mike Myers and Dana Carvey last appeared together at the Oscars where they praised Rami Malek for his performance in Bohemian Rhapsody.