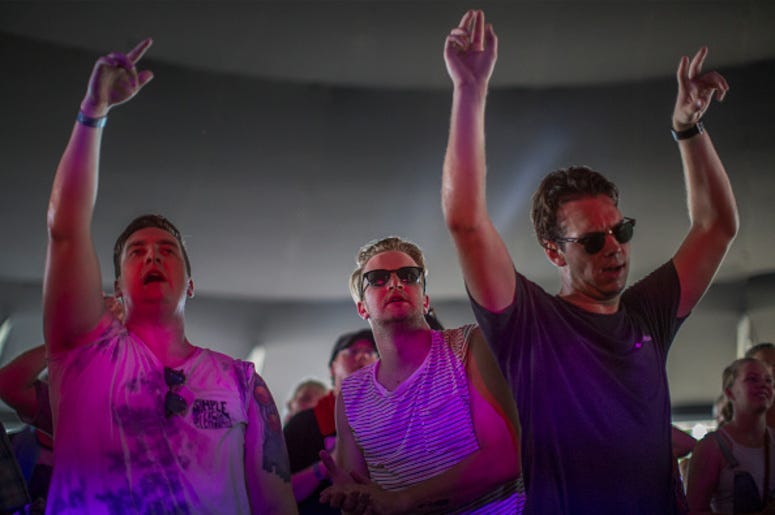 Tomorrowland is the largest EDM festival (Electric Dance Music) held in Boom, Belgium.  It is held every summer towards the end of July.  The festival now stretches over two weekends and sells out in minutes.

This year Tomorrowland was connected with 7 other locations across the world.  This globe like movement was called Tomorrowland Unite.  The host countries included Spain, Germany, Lebanon, Taiwan, Malta, South Korea and Israel. Check out this man who attended the festival in Barcelona, Spain.  He has gone viral for his epic “dad dancing” moves.  Look at that footwork, keep shuffling those dance moves away as the world turns their heads with admiration.