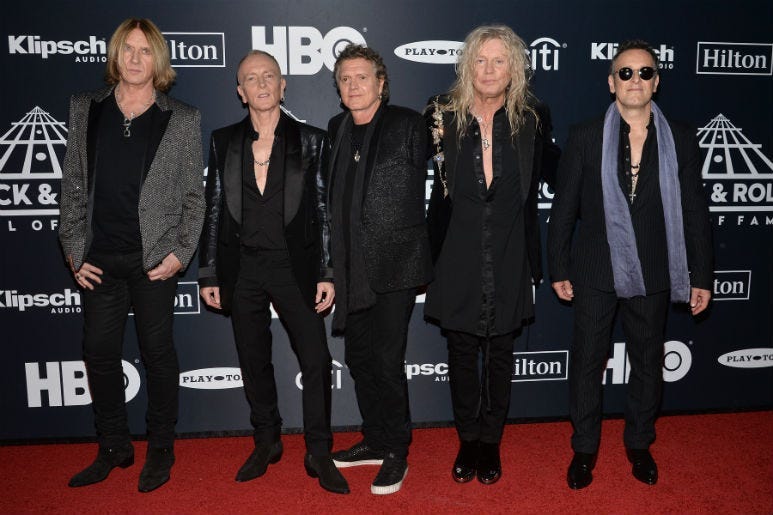 What a way to end the night.

Def Leppard was the last group to be inducted into the 2019 Rock and Roll Hall of Fame. The night already featured performances from the Zombies’ and Stevie Nicks with Don Henley and Harry Styles.

The band then brought out Queen’s Brian May, the Zombies’ Colin Blunstone and Rod Argent, the Bangles’ Susanna Hoffs, “Little” Steven Van Zandt and, and Ian Hunter of Mott the Hoople. The group performed “All The Young Dudes" by Mott the Hoople.

Check out the whole performance down below.

Joe Elliot told Rolling Stone that “All The Young Dudes” was one of his favorite songs as a kid. “It’s the anthem of our generation. I first heard it when I was 12. It was the definitive moment for a bunch of scruffy teenage kids in Sheffield and all over the U.K. – maybe more in the U.K. than in America.”