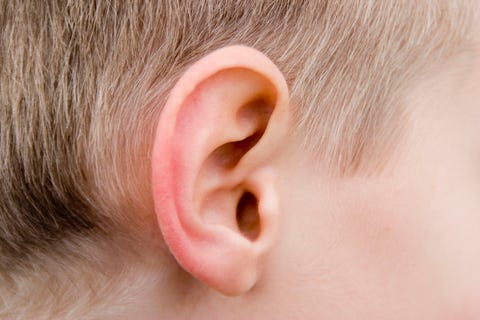 Last Friday night, a Denton Police officer was just doing his job when he spotted a driver weaving in and out of lanes. The officer pulled the driver over while on the side of I-35E.

When the driver was asked to get out of his vehicle, he refused. The officer was then punched in the face; another officer and a sergeant swooped in to help detain the suspect.

According to Denton PD spokesperson Officer Bryan Cose, The man continued to resist, while the officers tried to restrain him. “The driver of the vehicle punched one of the officers in the face. They were able to get him out, and onto the ground. At some point in that struggle, the suspect actually was able to get on top of the sergeant and bit off part of the top of the sergeant's ear.”

The suspect was eventually restrained after officers used a stun gun to get the man under control. For Sergeant Michael Rose, he had an inch of his ear bitten off and had several injuries to his head.

Thankfully the officer is doing okay, according to Cose, "The officer, quite frankly, his body will forever be different now that he's missing part of his ear. But it could've been a lot worse, especially where this traffic stop occurred on the side of the highway."

While the suspect was being transferred to the hospital, he kicked one of the paramedics in the chest. The man is being charged with DWI, resisting arrest, assault on a public servant, and aggravated assault for the incident.

Its said that Sergeant Michael Rose will return to the department on light duty while recovers from his injuries.