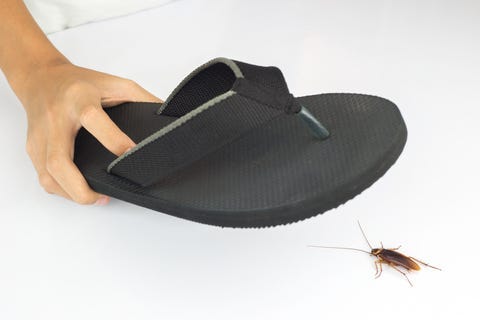 There’s only one way to kill a cockroach, and that’s by stepping on repeatedly with your shoe. If you don’t step on them just right they could end up crawling away or worse they could stick around for a week without a head.

An unnamed 50-year-old man from Detroit, Michigan thought he could take care of one pesky roach by throwing a shoe at it. Only he didn’t realize that the sneaker he threw at the insect contained a gun inside.

Once he threw shoe the gun fell out and fired at him. The man was shot in the foot. According to authorities, the man was taken to a nearby hospital where he was treated for his wounds.

He is now in stable condition, but it's unclear if he killed the cockroach or not.

Next time, don’t throw anything at the roach just step on it.