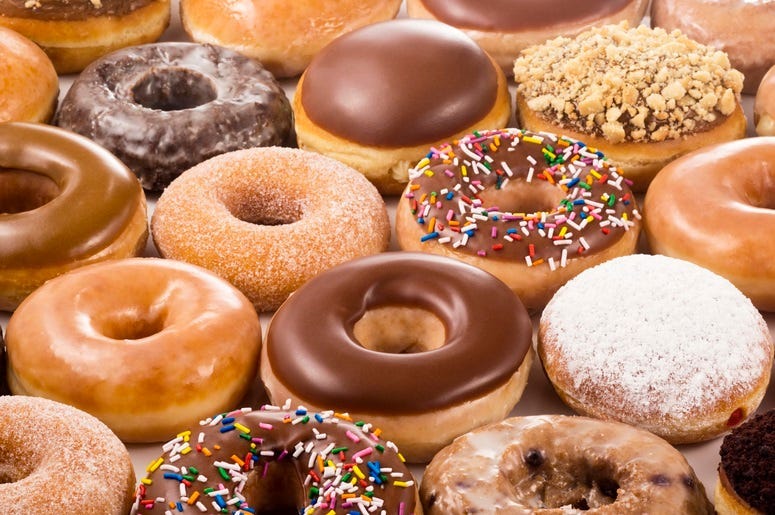 Flowers aren’t for everyone, and with Valentine’s Day just around the corner, plenty of people are about to get some unwanted bouquets. That’s why Dunkin’ Donuts decided this year they would make the sweet holiday somehow even sweeter. Dunkin’ took over a wedding chapel in Las Vegas over the weekend, and offered up free donut themed weddings for anyone who wanted it. Not only did couples get a free wedding, filled with plenty of donut references, and an Elvis impersonator to officiate, but the first 100 people also got to walk down the aisle with a special donut bouquet.

Dunkin’ Donuts announced earlier in the week that they would be taking over a wedding chapel in Las Vegas in anticipation for Valentine’s Day. The love filled holiday is always full of sweets, and the donut chain wanted in on the action. It’s not hard to find someone who doesn’t love flowers, but the donut bouquet Dunkin’ was offering to the first 100 people to get married in their themed chapel, would be difficult for anyone to turn down.

"The first 100 couples to get married will also be given a Dunkin’ doughnut bouquet, which is not only tastier than flowers but, as one bride has shown us, a totally trendy wedding... https://t.co/Y0bNG8a5He

Over the weekend, Dunkin’ took over Sure Thing, a wedding chapel by Flora Pop, and decked it out with Dunkin’ themed décor, and brought in an Elvis impersonator to officiate the weddings. Dunkin’ Donuts, known for their coffee as well, didn’t want to disappoint, as coffee drinkers were serenaded by singer Andy Grammer as they walked down the aisle.

Plenty of donut lovers showed up, including Josh and Penny James, who arrived in donut-themed attire to renew their vows. According to Penny James, the couple is, “going for the renewal record.” The Dunkin’ themed wedding was their 18th vow renewal. Fans were excited about the donut bouquet once the story got out. One twitter user wrote, “Get me a donut bouquet and ill love you forever.”

I never knew a bouquet of donuts could make me so happy. #ValentinesDay #Donut #Love

Thanks dunkindonuts for the sweet donut bouquet. Your forecast has extra caffeine in it. https://t.co/y2QARmaLqP

The special donut bouquets “took about a week to develop,” according to Rick Golden, the manager of donut excellence at Dunkin’. The wedding event was a huge hit, as plenty of people showed up to get some sweet treats, to go along with a lifetime partnership. While some of those weddings may not last, the love brought by the donut bouquet will live on forever.