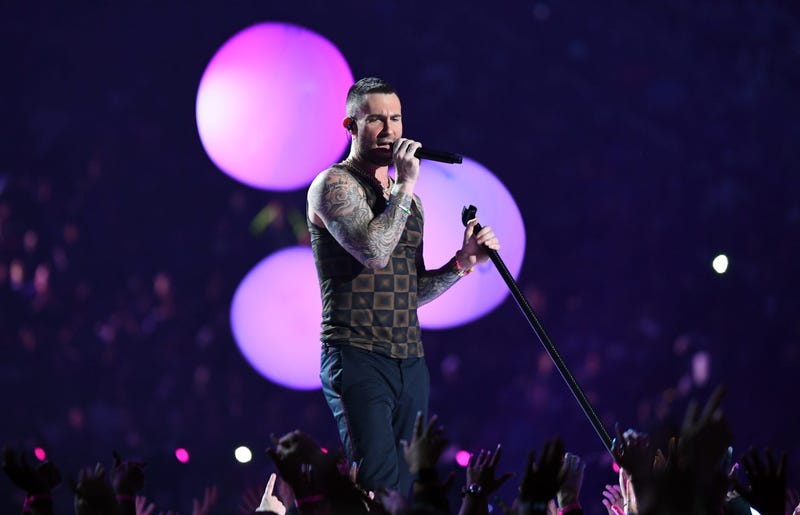 Just about everyone agrees that Super Bowl LIII featured a pretty boring game. Except for those in New England, they were probably pleased with how everything played out.

Now that the Super Bowl has come and gone, we can talk about what commercials were funny, what mishaps that may have occurred and the halftime show.

This year's Super Bowl Half time Show featured Maroon 5, Travis Scott and Atlanta’s very own Big Boi. Much like the game, no one was really impressed by the halftime show either. As Maroon 5 took to the stage, Adam Levine was front and center. As the show progressed Levine slowly peeled off layers of clothing, by the end he was shirtless.

At one point Levine was wearing a tank top that featured a very unique pattern. Some viewers noticed that the pattern looked very familiar, it looked just like their home furniture. Pictures showing the resemblance between Levine’s tank top and home décor swiftly popped up on the Internet.

His shirt looks almost identical to armchairs, curtains and even throw pillows. After seeing all of these pictures you might think there’s an entire living room set based off his shirts design. All that’s missing is a rug and doormat. Check out some of the pictures down below.

Maybe that’s why Adam took his shirt off during his performance, he realized he looked like a piece of home décor from the 1970s. Just wait you’re going to start seeing the same design pop up everywhere at Ikea and Rooms-To-Go.

Do you own any furniture that looks like Adam Levine’s tank top?