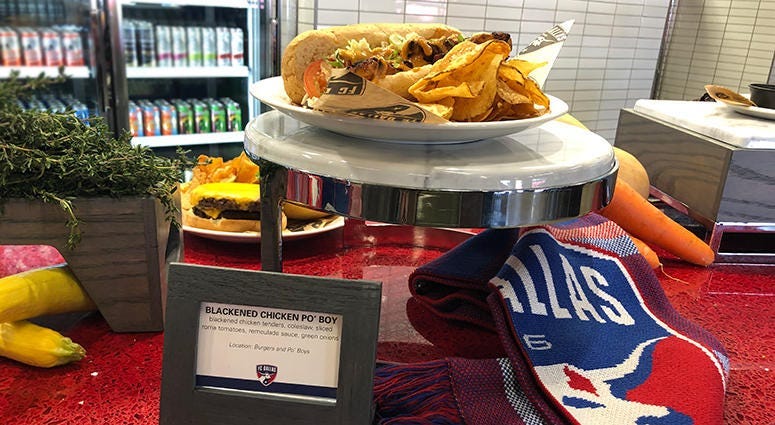 FC Dallas will open the MLS season at Toyota Stadium March 2 against New England Revolution. When the season opens, Toyota Stadium will serve more than a dozen new foods and drinks.

The changes include "3 More Points" stands at Sections 112 and 120 that include a menu of items, all priced at $3:

The "PK Dog" is a hot dog stuffed with cheddar cheese and jalapenos, wrapped in a sweet roll.

"It's a little over the top, but you've got to have some of those items on the menu," says Executive Chef Rex Turner.

Turner says the PK Dog was inspired by a Czech player joining the team. Turner says President Dan Hunt wanted a dish that would remind the player of kolache.

"They call him, 'The Cobra,' and I think he was just thinking about him and wanted to do something he'd be familiar with," Turner says.

·   Roast beef marinated in chimichurri sauce on a brioche bun

·   Turkey BLT with avocado on a croissant

A chicken pesto panini can be found in Section 109; French Bread Pizza is available in Sections 112 and 129.