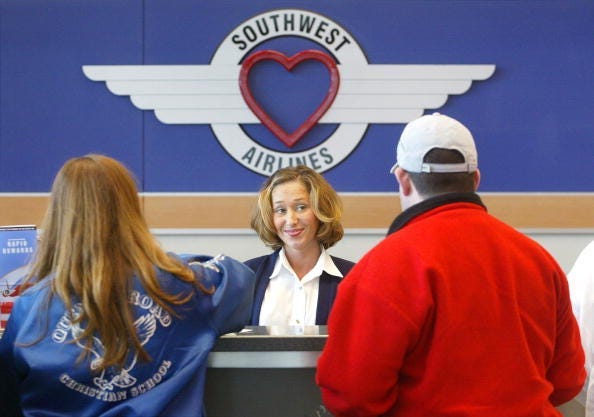 Things got real bumpy on a flight from Sacramento, California to Austin, Texas.

Last week a Southwest Airlines flight bound for Austin, Texas was delayed several times. After waiting hours for the plane to take off, one passenger made a joke about passing out vodka to passengers. He was then escorted off the plane.

While everyone was waiting, flight attendants started passing out water to everybody on board. According to passenger Peter Uzelac, who sat next to the man who was kicked off the plane he made a comment like, “They should be passing out vodka because we’ve been waiting so long”.

The two were shocked by what the flight attendant said to them and then saw her on the phone in the front of the plane. The plane returned to the gate for the third time where several Sacramento County sheriff's deputies came on board and asked the man to leave the plane.

The sheriff’s office did not charge the man; Uzelac says that he filed a complaint against the flight attendant.

Southwest Airlines later released a statement regarding the incident, “We regret any less-than-positive experience a customer has onboard our aircraft. We welcome over 100 million customers each year, and we aim to maintain the comfort of all while delivering Southwest hospitality. We will share this report with our Customer Relations Team.”