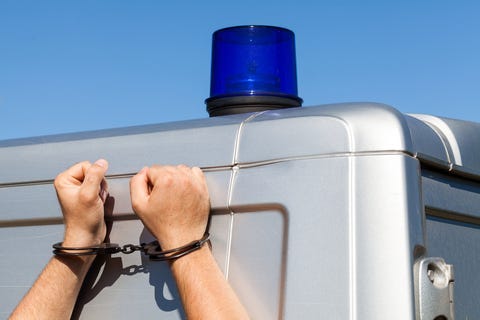 Next time you don't feel like going to work, just call in sick like most people. Your boss can probably tell that your lying, but at least you’ll stay out of jail.

Brian Anderson of Florida didn’t feel like showing up to his 11 AM shift at Hardee’s on Tuesday. Anderson thought he needed a good excuse to skip work and called 911 to report that he was robbed at gunpoint.

According to The Polk County Sheriff’s Office, Anderson told dispatchers that two men had stolen his necklace, money, and phone. When officers arrived at the scene they were able to determine that Andersons story had been fabricated.

Anderson later confessed to officers that he made up the whole thing. He was then arrested and charged with misuse of 911 and knowingly giving false information to law enforcement.

At the end of the day Brian got what he wanted and didn’t have to go to work. He spent his day off in jail instead.