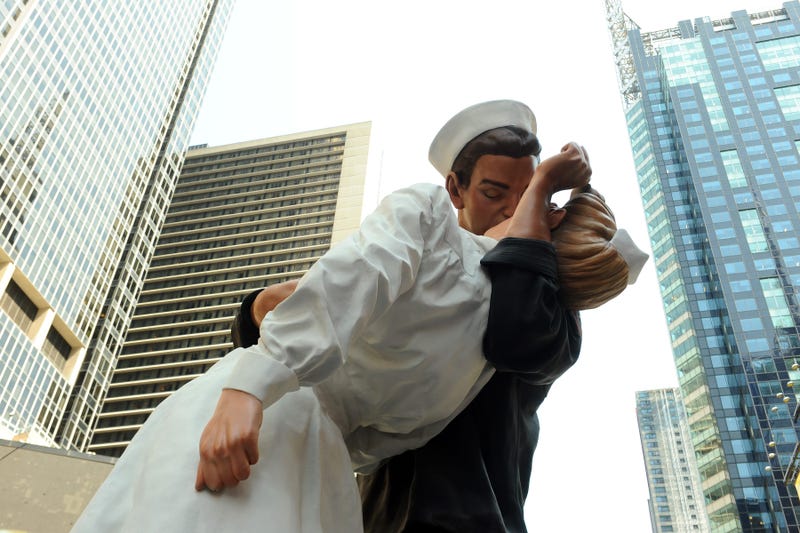 We’ve all seen the photo of the sailor passionately kissing the nurse after it was announced that WWII was officially over, its one of the most iconic pictures in American history.

Now it's been reported that George Mendonsa, the sailor from the photo passed away on Sunday. Mendonsa had a seizure after falling at the assisted living facility he was at in Middletown, Rhode Island.

According to his daughter Sharon Molleur, her dad lived with his wife of more than 70 years at the facility. He died just two days before his 96th birthday.

Alfred Eisenstaedt took the iconic photo of George on April 14, 1945, which is known as V-J Day, the day Japan surrendered to the United States in World War II. The woman George kissed in the photo was Greta Zimmer Friedman, at the time she was a dental assistant.