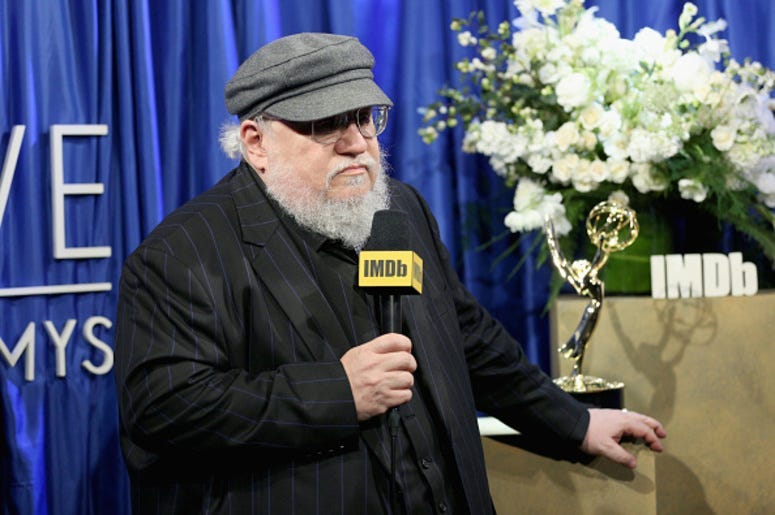 Game of Thrones may be winding down, but that doesn’t mean George R.R. Martin’s saga won’t continue. According to the author, there are three different Game of Thrones spinoffs in the works. While details are still scarce, Martin confirmed HBO is moving forward with these projects.

George R.R. Martin wrote the ‘A Song of Ice & Fire’ series, which the hit HBO series is based on. While the author is still working on finishing the book series, it appears the television world will continue telling the story of the fantasy world he created.

In a recent blog post, Martin wrote, “The one I am not supposed to call THE LONG NIGHT will be shooting later this year, and two other shows remain in the script stage, but are edging closer.” Fans were excited of the prequel news, as many feared a life without Game of Thrones content.

There’s a prequel Game of Thrones series (spinoff) coming out next year called the Long Night - I know it’s the end of an era but this kind of makes me feel better pic.twitter.com/jgJJ7gsOIK

It was first revealed that HBO was working on a Game of Thrones spinoff back in May of 2017. Now George R.R. Martin has confirmed these series are in the works, and should be coming to HBO soon. Until then, there are still two episodes of the hit HBO series left, so enjoy while you can.