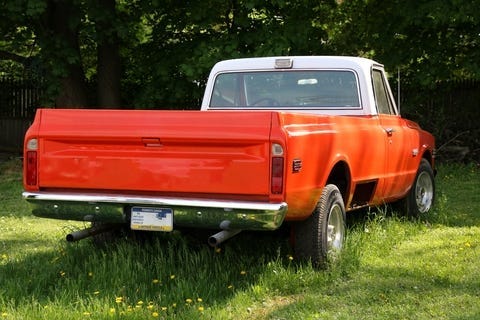 All the man wanted was his last name put on his license plate. After applying for a request to have a personalized license plate, David was denied repeatedly by the Saskatchewan Government Insurance claiming that his last name was an "unacceptable slogan” and that it could be offensive to some drivers.

Now David Assman, ("Oss-men," as he pronounces it) has now taken matters into his own hands. What would have been a small license plate has now been turned into a giant decal that covers the entire tailgate of David’s truck.

After going through all that trouble, looks like David got the last laugh. Check out the photo he posted on Facebook down below.

The photo of David’s tailgate quickly went viral and made its way back to the SGI. Once they saw the post they politely responded on Twitter with “All’s well that ends well.”