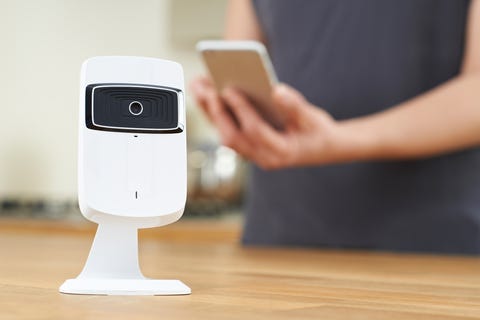 The strangest thing happened to a couple in Fort Worth, someone took control of their camera system.

While the Colman’s were about to hit the hay and call it a day, they heard a strangers voice in their apartment. The Fort Worth Couple could hear the voice say “Hey Alexa, play ‘Despacito’”.

Hunter Coleman told WFAA that they were startled and thought someone had broken in. While looking around the apartment they noticed the voice was coming from their Nest Camera system.

"The camera was all lit up red, and it was someone speaking through the Nest. That’s when he started yelling all the curse words and calling me names and telling me to stop looking at the camera."

WFAA spoke with Mark Nunnikhoven, who is part of the Trend Micro cybersecurity firm in Irving. "Something like that is easily done by a criminal.” Apparently, this happens more often than you might think. Homeowners around the country have been reporting that their smart home security cameras are being hacked. “That was originally billed like, 'Oh, the Nest camera has been hacked.' No, they logged in through a weak password."

Hearing hackers yell profanity through the microphone is one of the more common things happening, hearing them talk to Alexa is a little different and new.