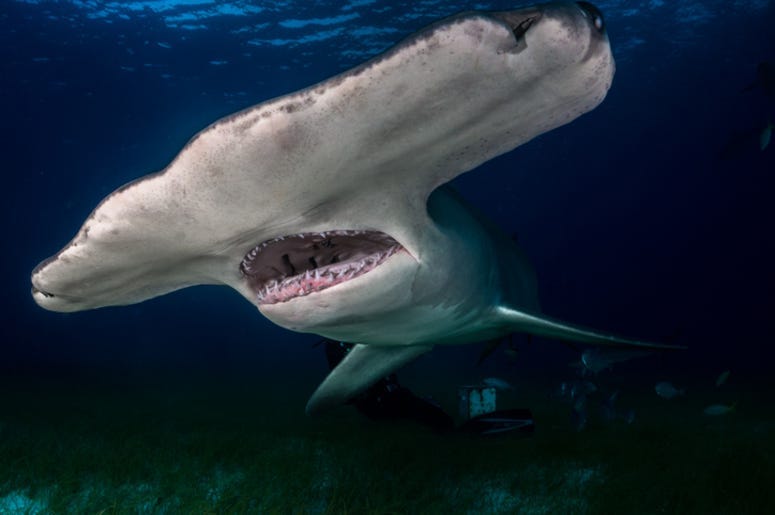 The attack happened as he was trying to release the fish for one of his clients.

“It was an intense moment for sure,” the captain explains.

“He just took it out of my hands!”

The tarpon was estimated to weigh 180 pounds.  The shark did not snatch the tarpon during the first encounter, but kept returning to take his prey. The fish seems to have been bitten by the shark as it was being reeled into the boat.

The captain and his crew tried to have a successful release from the shark, but the shark stayed with the boat.

The footage underwater shows the sharks successful escape with the tarpon in its jaws.