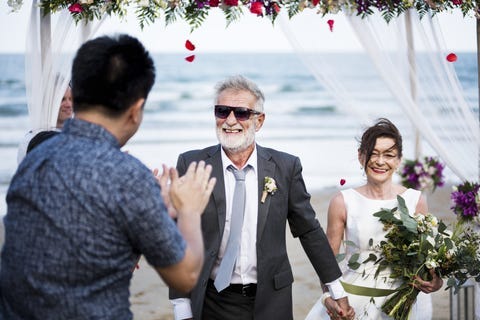 Barbra Cotton and Curtis Brewer were high school sweethearts back in the day, after 57 years apart for one another the two are finally married.

The two attended their high school prom together and never stopped loving each other. They technically never really broke up but due to unforeseen circumstances,  had to separate. Barbra’s mom passed away when she was in high school and she had to take care of her five brothers while Curtis started attending college.

The two lived separate lives for decades, it wasn’t until a few years ago when they found each other online and began dating. Brewer told Fox 6 News that he immediately messaged Cotton when he saw her online, “She saw me on classmates.com. I answered her back, I answered her real quick.”

Barbra and Curtis tied the knot on January 5th in Milwaukee, Wisconsin. The two now plan on traveling across the country in an RV for their honeymoon.