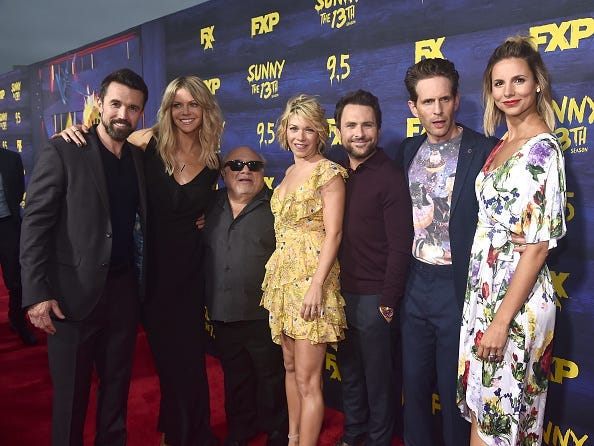 When Game of Thrones started picking up in popularity more musicians and well-known actors started making brief cameos throughout the series. There was Ian McShane in season six, and how could anyone forget Ed Sheeran’s obvious cameo in season seven.

Now that that the first episode from season eight has premiered we can all go back and start dissecting what we may have missed out first time watching.

After the episode aired, actor Rob McElhenney who plays Mac on the hit show ‘It’s Always Sunny In Philadelphia’, posted on Instagram a screenshot of his character taking an arrow through the eye. McElhenney can be seen on board the ship where Yara is being held captive; he’s the first man to be killed during Yara’s rescue.

Check out the picture McElhenney posted down below, blink and you’ll miss him.

Rob McElhenney wasn’t the only actor to make a cameo in the season premiere, Martin Starr from the HBO show Silicon Valley was also on board the ship and suffered the same fate as McElhenney. Check out what both actors thought of their cameos in the short behind the scenes video below.