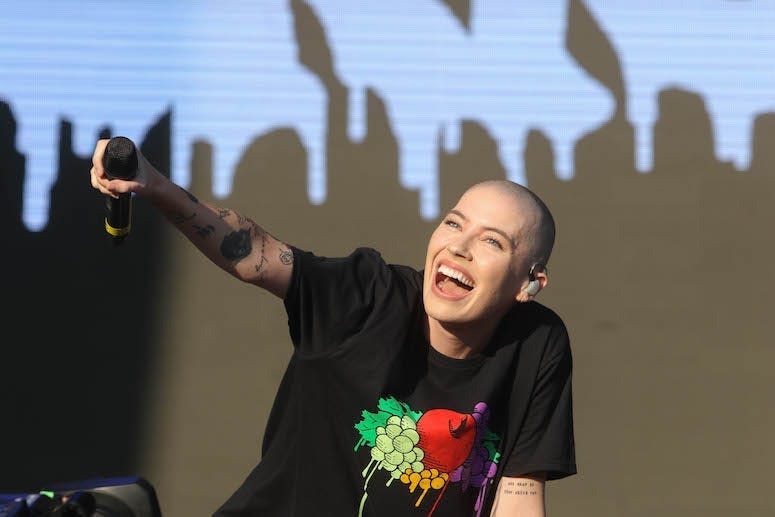 I am so proud of this woman. She's come so far. She's done so many amazing things. She's fierce. She's funny. She's smart. And now, she has a song and video to prove it.

Her highly anticipated first single "Champion", from her next record was released this morning, along with the video. Directed by Tim Mattia, known for his work with The 1975 and Twenty One Pilots. The song was produced by Joel Little (Taylor Swift, Lorde, Khalid) and co-written with K.FLAY.

Bishop stated, "Champion’ is a song that I wrote when my self-esteem was at an all-time low. As a woman, I feel like I have been socially trained to be so many things at once – sexy yet sweet, confident yet humble, independent yet submissive, smart but not too smart – the list is never ending. Writing this song helped me look at the question – what if I could just be myself? What if there was a world where my vulnerability was what made me powerful? What if there was a day I could proudly, without hesitation, look in the mirror and say, “I AM A CHAMPION”, purely because I’m choosing to be myself? “Champion” is about accepting yourself today, as you are.”

Check out the kick ass song and video here: