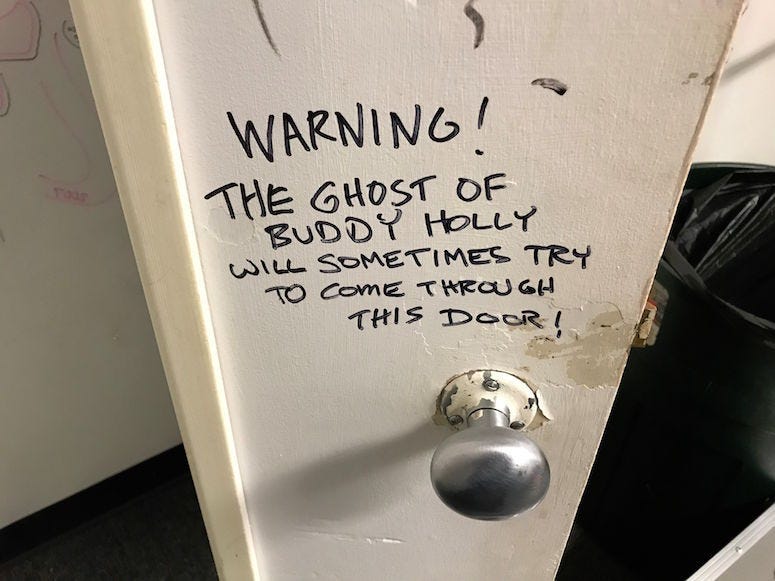 Buddy Holly, and Roy Orbison (both before my time, but I still respect the game) are going on tour!

Only kicker? They're both dead. So... their holograms are going on the road.

Here's a list of people I thought we would see kick off the hologram thing, and absolutely make a TON of money doing so: ... (well, not "them" per-say, but, eh.. you get it)

5. Kurt Cobain (but I feel like he would come back and be PISSED)

An article from Rolling Stone, says the holograms will allow Orbison and Holly to go on “concurrent North American and European legs” of their “Rock ‘N’ Roll Dream Tour,”

You'll be able to see this one from Roy Orbison:

And This one from Buddy Holly:

So, we all get the same computer programmed show? Is there pyro? Is there old footage behind them? Is there a live band? There has to be a live band. Are tickets expensive? Are they at small venues?

I have so many questions. And yes, I think Buddy Holly would do great worldwide, but I'm still confused.

Is this the future?

Tickets for these shows will go on sale on March 29.