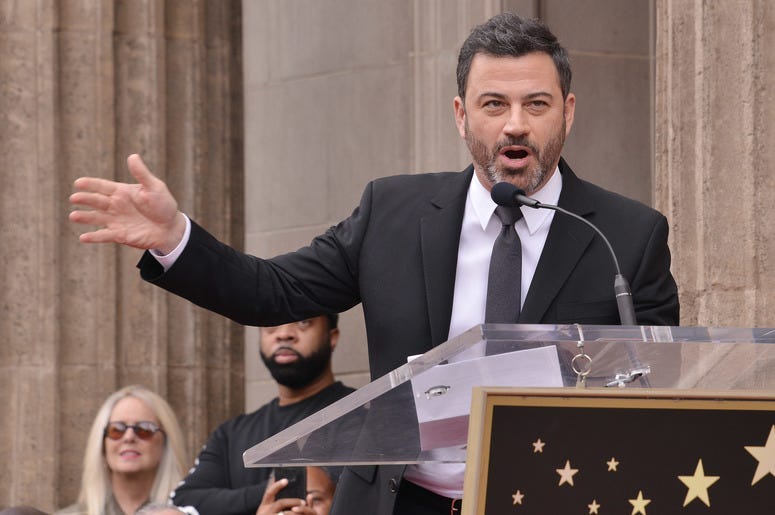 Two classic sitcoms from the 70’s are coming back to television. Jimmy Kimmel announced on his show this week that he will be recreating two classic episodes of “The Jeffersons” and “All in the Family” for a one night live television special.

Woody Harrelson, Marisa Tomei, Wanda Sykes and Jamie Foxx will reenact classic episodes of 'All in the Family' and 'The Jeffersons' for Kimmel's live sitcom special https://t.co/nwtSGZXgc1

“Live in Front of a Studio Audience: Norman Lear’s ‘All in the Family and ‘The Jeffersons’” will air on ABC in May. Jimmy Kimmel has teamed up with original creator of the two classic sitcoms, Norman Lear, along with executive producers Brent Miller, Will Ferrell, Adam McKay and Justin Theroux, to reboot the show with all new actors for a one night only event.

According to Lear, “They have said over and over again that these two shows were meant for the ‘70s and would not work today. We disagree with them and are here to prove, with two great casts depicting ‘All in the Family’ and ‘The Jeffersons,’ the timelessness of human nature.” The live special will have Woody Harrelson and Marisa Tomei playing Archie and Edith Bunker. For “The Jeffersons,” Jamie Foxx and Wanda Sykes will be taking on the roles of George and Louise Jefferson.

!?!?! “In the one-night-only event, Woody Harrelson will take on the role of Archie Bunker, alongside Marisa Tomei who will be playing Edith Bunker, with Jamie Foxx and Wanda Sykes playing George and Louise Jefferson.” https://t.co/GdWDnt0S8D

This is fascinating experiment - hard to imagine anyone else playing Archie and Edith - but will be tuning in - “Jimmy Kimmel Sets Live Classic Sitcom Special for May on ABC” https://t.co/Wz1FrVIh2S via @variety

This sounds fun, creative and I’m sure very timely. https://t.co/FVugc45Czx

The live special will also star Ellie Kemper, Will Ferrell, and Justina Machado with more stars to be named later. Jimmy Kimmel’s reboot of these classic shows will air Wednesday May 22nd at 8 PM.