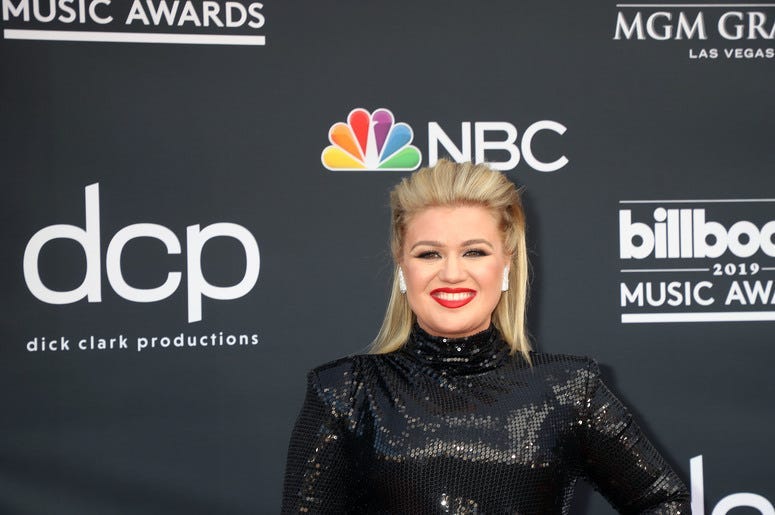 Kelly Clarkson has proved once again nothing will stop her from performing. Almost a month after hosting the Billboard Music Awards with appendicitis, the singer was asked to sing the National Anthem before the Indy 500. On her way into the stadium, Clarkson was caught on camera tripping on the red carpet, but that wouldn’t stop her as the singer caught herself and kept moving.

Graceful recovery @kellyclarkson 😜 day is made that I got to see you!!!! #Indy500 pic.twitter.com/i1rIHwb6YP

The ‘American Idol’ winner and coach on ‘The Voice’ was at the Indianapolis Motor Speedway on Sunday to start the event with the national Anthem. While heading into the venue Clarkson tripped on the red carpet, almost falling down. After avoiding disaster, she then turned to the media and gave a bow after noticing cameras caught her embarrassing moment.

Clarkson wasn’t done there though. After singing the National Anthem, she turned to twitter, posting the video of her tripping and adding, “best part of my day is always revealing to people that might not know how utterly not cool I am.” Kelly Clarkson also defended another singer after the event, after a twitter user tried attacking her performance.

I didn’t actually sing that song today but the 16 yr old girl that did, nailed it. Also, think about the fact that U signed in online & took the time 2 drag a 16 yr old girl. Really think about it because Ur showing the worst side of U & I have faith that you’re cooler than this. https://t.co/dAEhl4MamV

Kelly Clarkson can truly do no wrong. Not only did she have the back of a sixteen year old singer, but she also made sure she didn’t end up on her back after her red carpet slip. At least the singer can laugh at her embarrassing moment, knowing disaster was avoided.