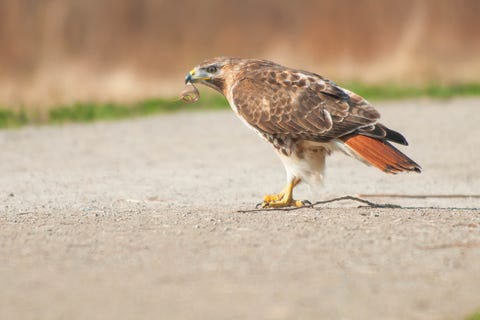 Only in Texas can you go on a nature hike and witness the circle of life.

A group of 7th graders were out on a field trip in North Texas when they stumbled upon a hawk and snake. These animals weren’t just seen in the area, they were entangled with each other.

The snake was wrapped around the hawk. From the looks of it the hawk had swooped in to catch its prey, but this snake wasn’t going down without a fight. According to the staff at the Northwest ISD Outdoor Learning Area, the kids who found the animals believed the two were dead; upon further inspection, the animals were actually still alive.

After a while the two let go of each other, the hawk flew off and the snake slithered away. Talk about an intense field trip.

DFW Urban Wildlife sector of Texas Parks and Wildlife posted pictures of the animals on their Facebook page, you can check them out below.