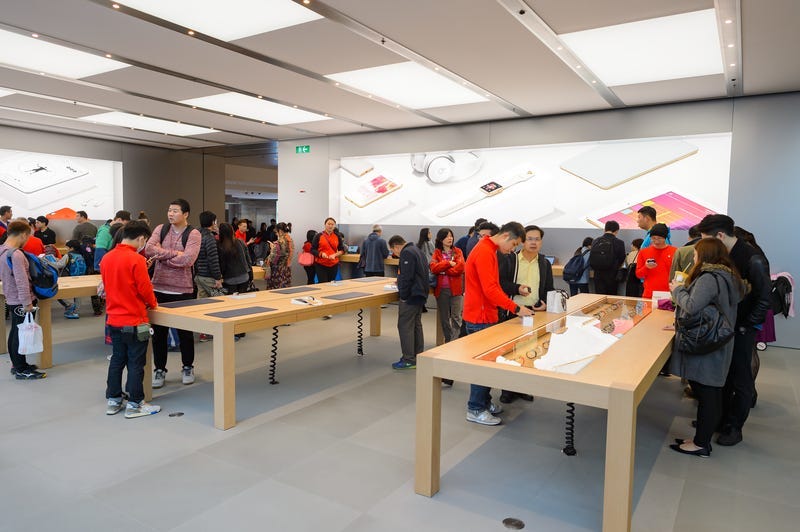 Some Apple customers aren't too happy to hear that stores in the Willow Bend Mall in Plano and Stonebriar Mall in Frisco will close April 12.

Apple said in a statement, "We’re making a major investment in our stores in Texas, including significant upgrades to North Park Center, Southlake, and Knox Street. With a new Dallas store coming to the Dallas Galleria this April, we’ve made the decision to consolidate stores and close Apple Stonebriar and Apple Willow Bend."

The new store at the Galleria Mall will open on April 13.

Apple has a numer of patent lawsuits filed against them in federal courts in the Eastern District of Texas, where its Plano and Frisco stores are located. They wouldn't confirm whether the decision to close these stores is related.

CBS DFW spoke with Chad Ray, an attorney specializing in patent law. “They’ve had dozens of cases filed against them in the Eastern District of Texas. They have had judgments against them.”

Ray said for years, many companies filed patent lawsuits in Marshall, Texas against Apple and others because a judge there welcomed them. But the Supreme Court ruled two years ago that Apple and other companies couldn’t be sued if they aren’t incorporated or don’t have physical locations in that jurisdiction.

Ray said, “So by pulling out, they’re attempting to prevent lawsuits against them there.”

Soon Apple will only be in the Northern District of Texas, which Ray says is less friendly to plaintiffs.

Apple said employees at its two closing stores will be offered jobs at the new store and its three other North Texas locations, including one in Fort Worth.