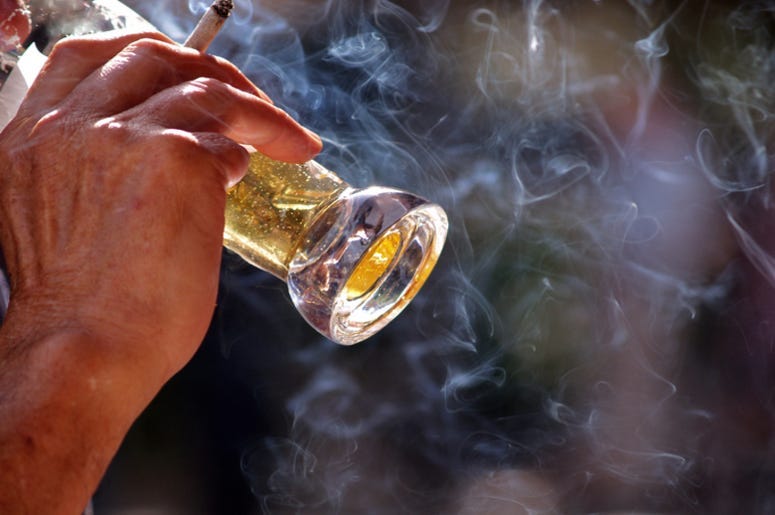 A lone gunman walked into Behrmann’s Tavern a bar in St Louis. As the armed robbery took place most of the bar guest including the bartender avoided conflict and ducked for cover.  One of the bar patrons had nerves of steel and did not bother to hide.  He was not fazed by the robber or situation occuring.

Instead, what he did while the robbery took place is pretty fearless. He took a sip of his canned beer, light up a cigarette, and scrolled through his phone.  At one-point the gunman tried to yank his phone way, but the man refused to hand over his phone at gun point.

This action helped influence the man next to him stand up from the floor.

Thankfully nobody was hurt during the robbery.  Police are still looking for the suspect.