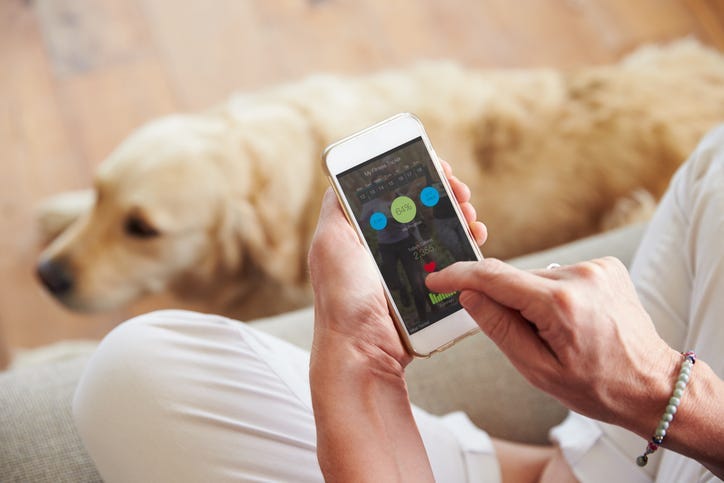 We’ve answered the age-old question "what do our pets do while we’re away" with the help of doggie cams. We’ve also discovered what goes in our homes when we’re not there.

Pet owner Rosie Brown hired someone through the dog walking app ‘Wag!’ to come check on her two pups while she was at a wedding for the weekend. During the wedding, Brown got an alert from her doggie cam/ treat dispenser. It showed Casey Brengle the woman she hired through the app, making out with her boyfriend in her living room.

Brown told ABC 7 News, that she went back to review all of the footage and saw that Brengle was lying on her couch naked. “On the preview on the alert, it showed a man in our house, someone that I wasn’t expecting. So I opened it up and that’s when I saw she was there with a man in our house and they were going straight for our bedroom.”

After seeing the footage, Brown says she no longer sits on the couch. “To see that video where she’s like butt naked, sitting on it, laying on it, that was really hard ’cause like we just bought it. I don’t lay down right there, you know? It used to be my favorite spot, I don’t really touch it."

Wag! released a statement regarding the incident, and has said they will pay to have the couch cleaned. “The reported behavior in this situation is unacceptable and contrary to our Community Guidelines … We expect everyone on the Wag! platform to conduct themselves professionally.”

Casey Brengle has since been suspended from the app.