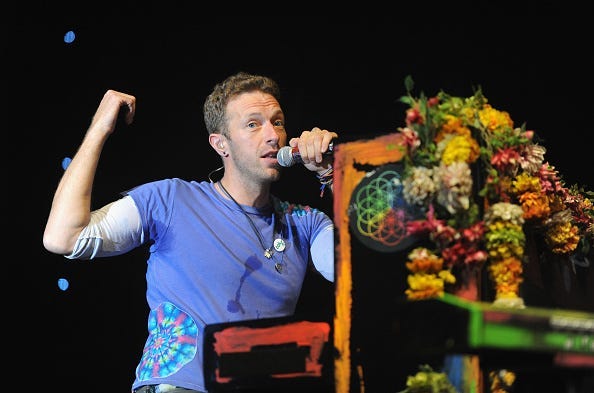 It’s totally fine to obsess over someone famous, but there is a limit as to what’s acceptable.

On Wednesday, a judge ordered that ArianaJoyce stay at least 100 yards away from Coldplay frontman Chris Martin for the next five years. According to court documents, she has made multiple unauthorized visits to Martins Malibu home.

After reading several of her Facebook posts Los Angeles Superior Court Judge Thomas Trent Lewis said that Joyce "has become fixated on Chris Martin" and has become a "grave risk" to the safety of Chris Martin and granted him a maximum restraining order.

In Martins petition, he said Joyce has left several notes at his residence that allude to death and suicide, as well as to his daughter Apple, 14, and his son Moses, 12. Judge Lewis’ ruling will also provide the same protection to both of Martins children, and his current girlfriend Dakota Johnson.