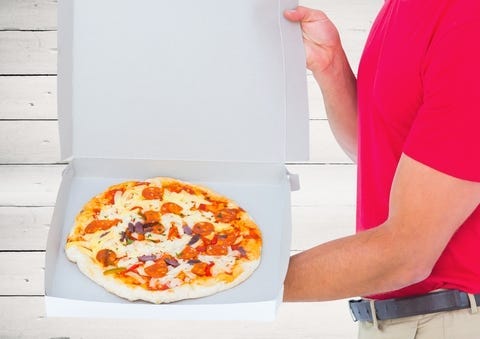 Police and SWAT dealt with a very odd standoff in Pensacola, Florida last month that ended thanks to the help of pizza.

A man accused of threatening his family with Coldplay lyrics and warning them of retribution from his “Nazi prison associates”, was ultimately defeated after a 4-hour standoff with the SWAT team that ended with the promise of pizza.

Police originally responded to call about a possible battery and learned that the suspect, Evan Charles McLemore had barricaded himself inside a room at the home.

According to the arrest report, McLemore allegedly told officers he had ingested "many various narcotics" while he was barricaded in the room. McLemore allegedly sent numerous texts to family members over the last several weeks that included threats.

In one text he quoted a Coldplay song and wrote, "Lights will guide you home and ignite your bones and I will try to fix you."

Officers contacted the SWAT team and after several hours negotiators persuaded McLemore to come out of the room once they offered him a slice of pizza. He then exited the room and officers were able to place him in custody. McLemore was then charged with resisting an officer without violence and aggravated stalking.

It's unclear if police ever gave McLemore the pizza he was promised.