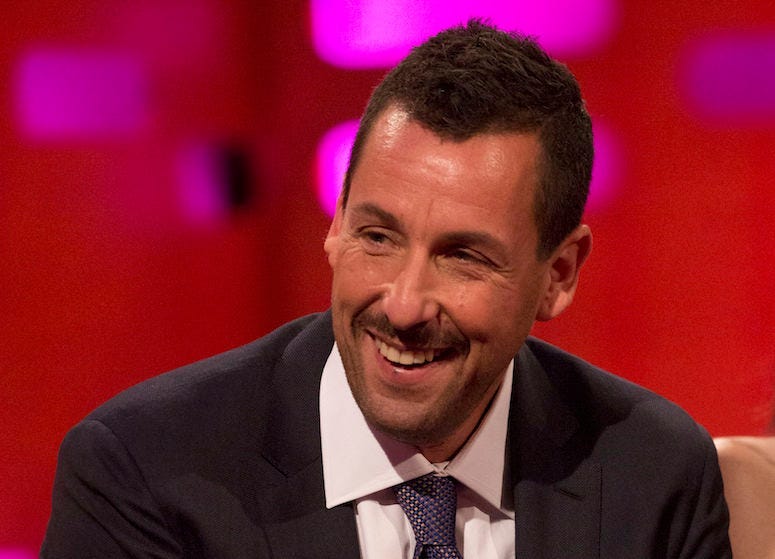 At the conclusion of the show, Sandler performed an incredible song in honor of the late Chris Farley.

Understandably, the song was incredibly emotional, and Sandler even admitted to Dan Patrick that he struggled to get through rehearsals of the song.  Sandler said during the interview, "I couldn't really sing it out loud.  I was kind of mumbling because his image and stuff was making me off and upset.  I was like, 'Oh man, I got to prepare for this — for the show — to try not to break down.'"

Luckily, Sandler had his family there to help him maintain his composure throughout the performance.  "Then I got on there and strummed the guitar and was just trying to calm down and then they pointed to me. "All right, we're rolling."  I said, 'Okay, let's do this. Just stay steady,'" he said.  "It was really cool."