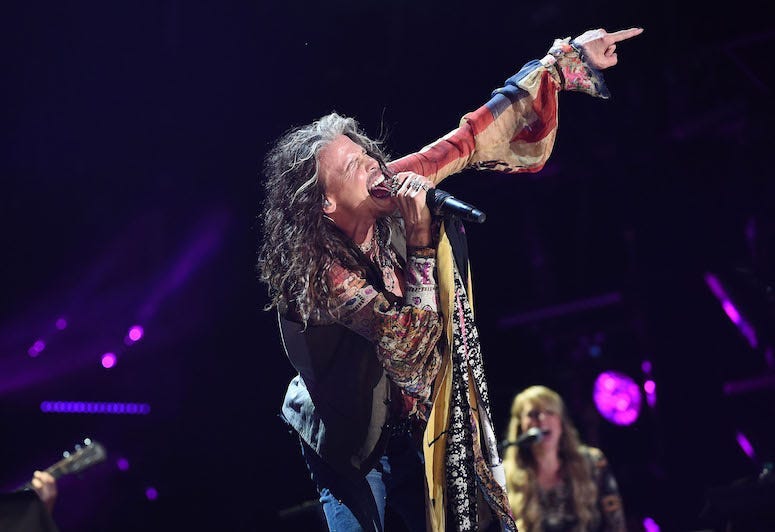 It appears that Aerosmith will become the latest band to head to Broadway.

According to guitarist Joe Perry, he hopes the band will consider creating their own theater show within the next year.  He told Forbes, "We have been approached at the level of, ‘Would you want to do it?’ We haven’t even gotten to the level of how it would come out, the creative part. … We have been so involved with this show. We started almost a year ago with the design and then, as it progressed, it got more and more intense."  Perry also added that Broadway was "certainly something we’d like to entertain when we get a little time."
As much as we'd like to see this happen, it might be a while before any sort of Broadway show comes into fruition.  Aerosmith is currently focusing on their current Las Vegas residency Deuces Are Wild, which will also spread out across various locations outside of Vegas in the upcoming months.