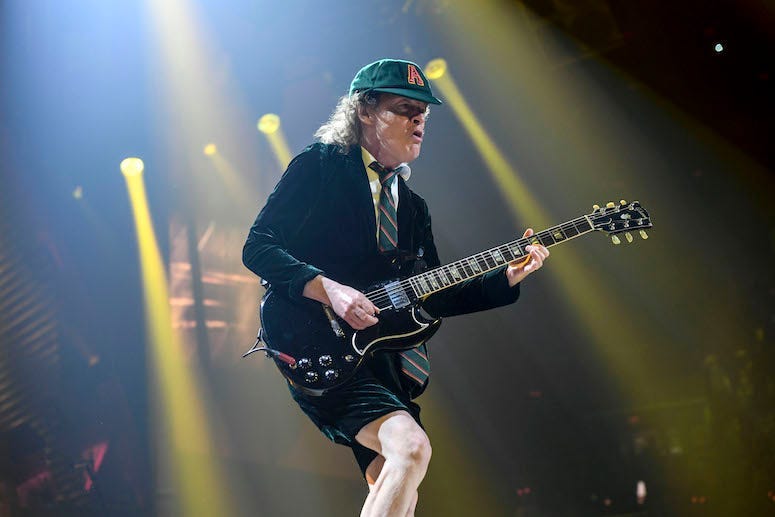 Hockey referee and postman Steve McNeil is trying to raise money for charity.

While skating from 12am to 7:26pm, Steve likes to listen to ACDC.  He explains, "It's like touching an emotional lottery. You've got to understand, this is what's been my driving force.  When I go out in these conditions, that's all I listen to because it's my tribute to Angus and the boys because I know they lost a big part of their family."

Angus Young, guitarist and co-founder of the band lost his brother Malcolm, also co-founder and bassist of the band, in 2017 after a fight with Dementia.  In honor of his brother, and in honor of Steve's mother, Angus recently donated $19,260 to McNeil, asking that it be distributed to dementia programs across Canada.

The sessions may be grueling, but McNeil knows it will all be worth it, thanks in part to the generous donation from his favorite band.  "It's funny how things work in the world, but rock’n’roll is such a powerful tool.  This is AC/DC. This could open so many doors," he said.