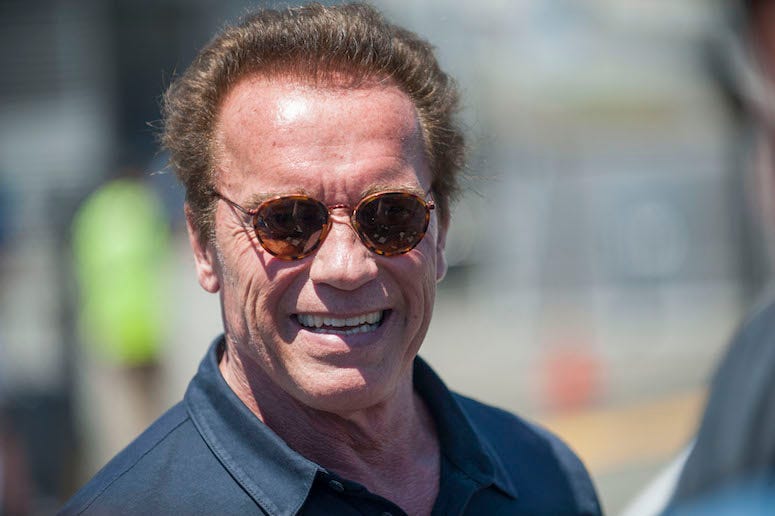 Arnold Schwarzenegger was in South Africa over the weekend attending his Arnold Classic Africa event.

The 71-year-old was turned facing a crowd of fans, when a man ran up and dropkicked the back of the Terminator.  Security was quickly able to apprehend the individual, and luckily, Arnold didn’t seem phased by it at all.  In fact, the former Mr. Olympia barely even flinched.

Schwarzenegger even said he thought the impact was from a crowd pushing up behind him.  He didn’t even realize he had been kicked until he watched video of the incident later.

Despite the attack, Arnold still was in good spirits about the event, and wanted to make sure the focus was still geared towards all of the athletes participating in his Arnold Sports events.

And if you have to share the video (I get it), pick a blurry one without whatever he was yelling so he doesn’t get the spotlight.

By the way... block or charge? pic.twitter.com/TEmFRCZPEA

Despite being blindsided, Arnold also decided not to press charges on his attacker tweeting, ““A lot of you have asked, but I’m not pressing charges. I hope this was a wake-up call, and he gets his life on the right track.”

Update: A lot of you have asked, but I’m not pressing charges. I hope this was a wake-up call, and he gets his life on the right track. But I’m moving on and I’d rather focus on the thousands of great athletes I met at @ArnoldSports Africa.