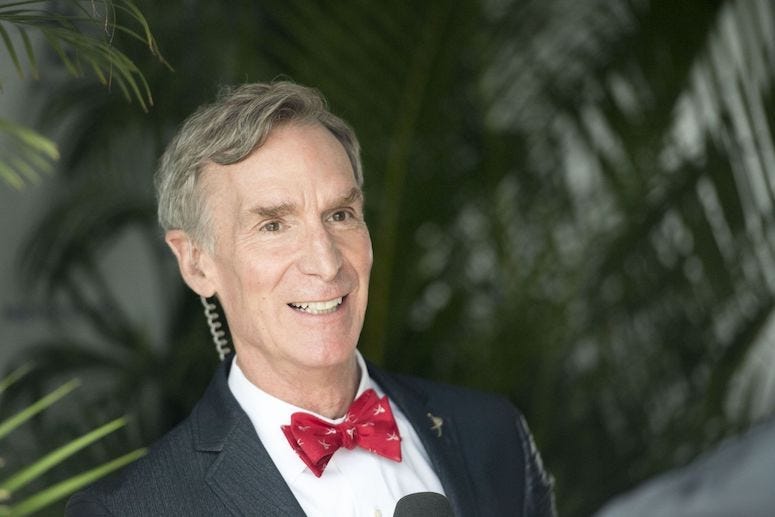 The best days of school were always when we walked into the classroom and the television was set up, right?

The show ran from originally from 1993 to 1998, and presented science to kids of all ages in a humorous, relatable way.  If you go back and watch an episode now, they're still highly enjoyable.

Despite his audiences growing up, Nye continues to preach the scientific word, although it appears he has updated his vernacular to match the current times, however.

Nye recently appeared on Last Week Tonight with John Oliver where he delivered a speech on the importance of climate change, but unlike the Bill Nye of elementary school, it was FILLED with expletives.  We can imagine how much better we would've done in school had all our lessons been filled with that many F-Bombs!