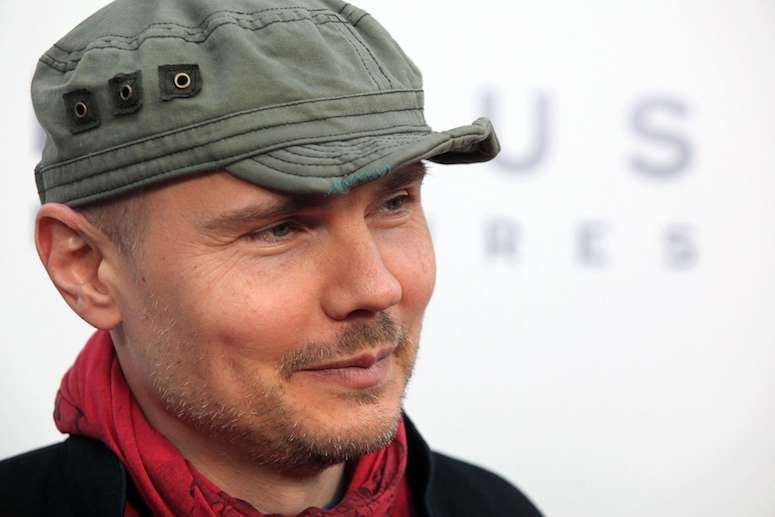 After a Smashing Pumpkins show in 1992 at Detroit’s Saint Andrew’s Hall, the band was the victim of a robbery.

Unfortunately, one of the items stolen was Billy Corgan's guitar, an instrument significant to the band, as it was the one that he used to record the entirety of their debut album Gish.  Over the past 27 years, rumors and whispers of the guitar resurfacing have come and gone, but nothing had ever led to the guitar appearing.

Corgan got word the guitar was still in Michigan, and this proved to be more than just a rumor.  Mother of three Beth James of Flushing, Michigan bought a guitar at a garage sale 10 to 12 years ago because it was  "painted cool."  Last year, friend of James' recognized the guitar from an article she read.  She was put into contact with industry personnel who organized the reunion.  Rolling Stone was there to document the first time Corgan had seen the guitar in almost three decades.

James said Corgan was "pretty happy" the first time seeing the guitar.  And finally back together, Corgan's putting the guitar into immediate work.  He plans on using it on the next Pumpkins album.