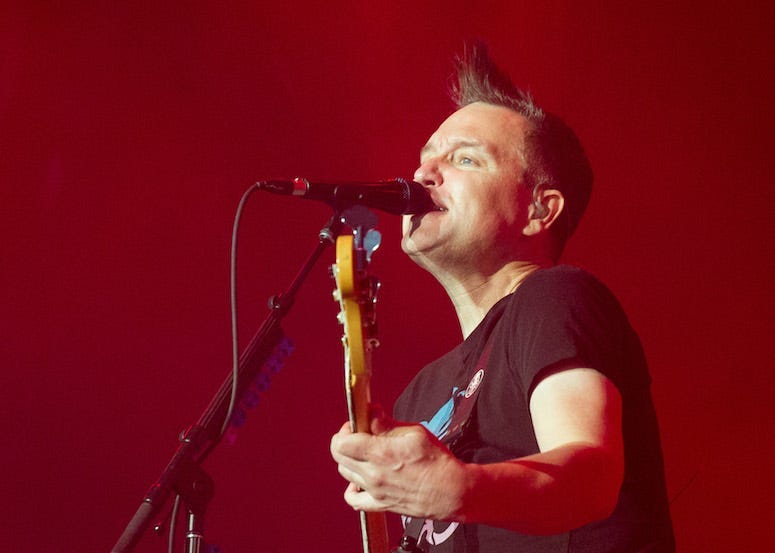 Though he is no longer in the band, Tom DeLonge is not far out of the minds of the rest of Blink-182.

This weekend, the band kicked off a summer tour they are co-headlining with Lil Wayne.  Before their performance of the song “Aliens Exist,” off of 1999’s Enema of the State, Mark Hoppus took the mic and said, “This song goes out to Tom, wherever he is.”

DeLonge is currently pursuing his fascinations with extraterrestrial life with his show on the History Channel, Unidentified: Inside America’s UFO Investigation. Recently, DeLonge and Hoppus appear to be on speaking terms again, and have even approached an appropriate time DeLonge could possibly rejoin the band.

Blink-182 and Lil Wayne bring their tour to Dallas August 2, where they will be performing at the Dos Equis Pavillion.