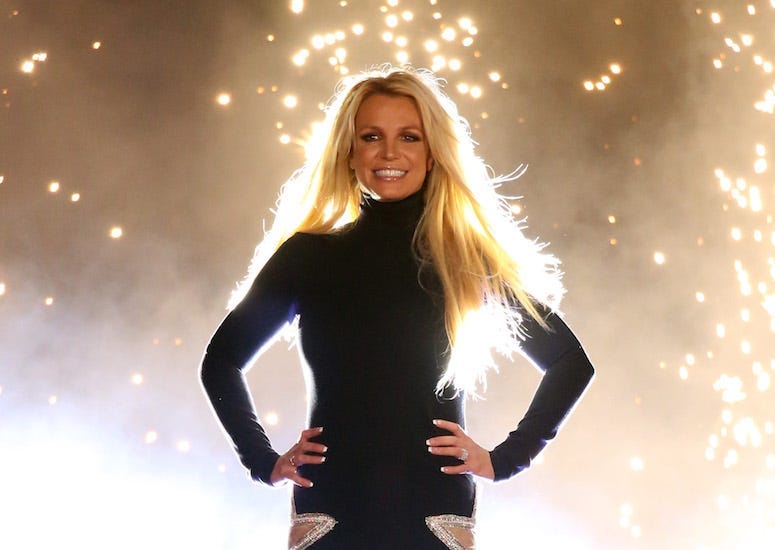 From her residency in Las Vegas to the City That Never Sleeps, Britney Spears is heading to Broadway!

A new musical comedy called Once Upon A One More Time, featuring the pop star's music, will debut in Chicago later this year before moving on to Broadway in 2020.  Spears said of the announcement, "I'm so excited to have a musical with my songs – especially one that takes place in such a magical world filled with characters that I grew up on, who I love and adore.  This is a dream come true for me!"

We are SO excited to announce the new musical comedy set to the pop anthems of @BritneySpears: ‘ONCE UPON A ONE MORE TIME’! You are NOT going to want to miss this!! ✨🎶

Learn all about the musical and how you can see it 💕
↳ https://t.co/fEAbTUKl1x

The plot surrounds a group of fairytale princesses, and a "rogue fairy godmother" that causes them to "question their notions of happily ever after."  It will reportedly feature 23 songs, including some of Spears' deep cuts.  Writer Jon Hartmere said of the musical, "These women have been in this hermetically sealed world, and then they start to get deeper into modern ideas – second- and third-wave feminism – and also explore how stories are passed down to us, and where we get our norms from.  But it's also superfun and funny."