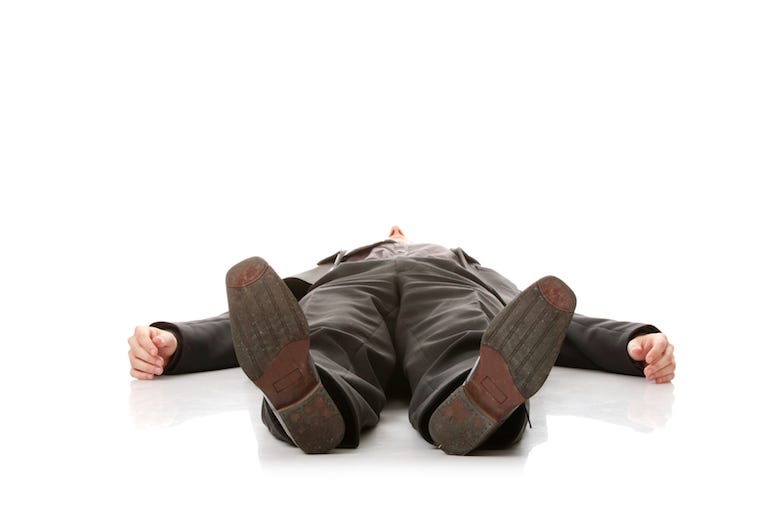 57-year-old Alexander Goldinsky laid there until he was found by one of his coworkers.

He was subcontracted to work at a business in Woodbridge, New Jersey when he decided to attempt to scam them out of some money.

Goldinsky decided to perform the act in the break room, throwing a piece of ice on the floor, waiting a beat for it to melt, and faking a slip and fall.  The thing is, he didn't even attempt a proper fall!  he gingerly made his way down to the ground and waited there until he was disdovered by a coworker.

Luckily, security cameras captured this scam in the act.

CAUGHT ON CAMERA: 57-year-old New Jersey man Alexander Goldinsky is being charged with insurance fraud after he allegedly faked a slip and fall in the break room. The whole incident was caught on tape and you can see the whole thing here. pic.twitter.com/68FEJT8uij

Goldinsky was arrested and charged with insurance fraud, and theft by deception.  He's due in court next Thursday.